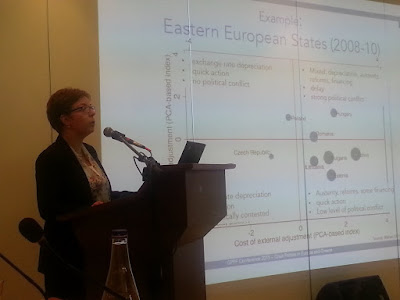 The Euro crisis has turned into one of the most serious challenges that the European Union (EU) has had to face so far. At its root the crisis is a balance-of-payments crisis; caused by divergent economic developments among member states in the pre-crisis years and the deep financial integration that accompanied this process.

Who Controls the IMF? 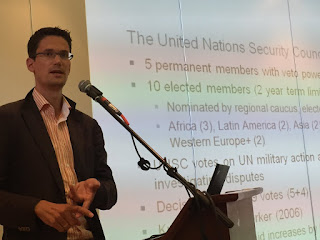 The International Monetary Fund (IMF, or Fund) is governed by its member countries. Its daily business is conducted by a 24-member Executive Board, its directors representing countries, or groups of countries. Importantly, at the IMF, not all countries are the same – instead, so-called weighted voting governs the Fund. The “weight” of a country is determined by its economic importance, depending on variables like GDP, trade, and reserves of foreign currency. The resulting vote share of the United States, the single largest shareholder of the Fund, exceeds 17 percent. Japan and Germany follow, with around 6 percent each, then the United Kingdom and France with each around 5 percent of the voting weight. Most decisions at the Fund have to be taken with a majority of more than 50 percent (though formal votes are rarely taken), giving these few countries a substantial say in decision-making at the Fund. 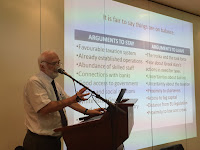 
The underlying intention of this presentation has been to provide an answer to the apparent inconsistency between the declared objective of assisting the Greek economy go back to economic development and the means presently employed to achieve this. The ailing Greek economy has been obliged to undergo a severe austerity programme over a lengthy period at a time of world recession as a precondition for receiving economic facilitation to stay in the Eurozone and return to economic development.